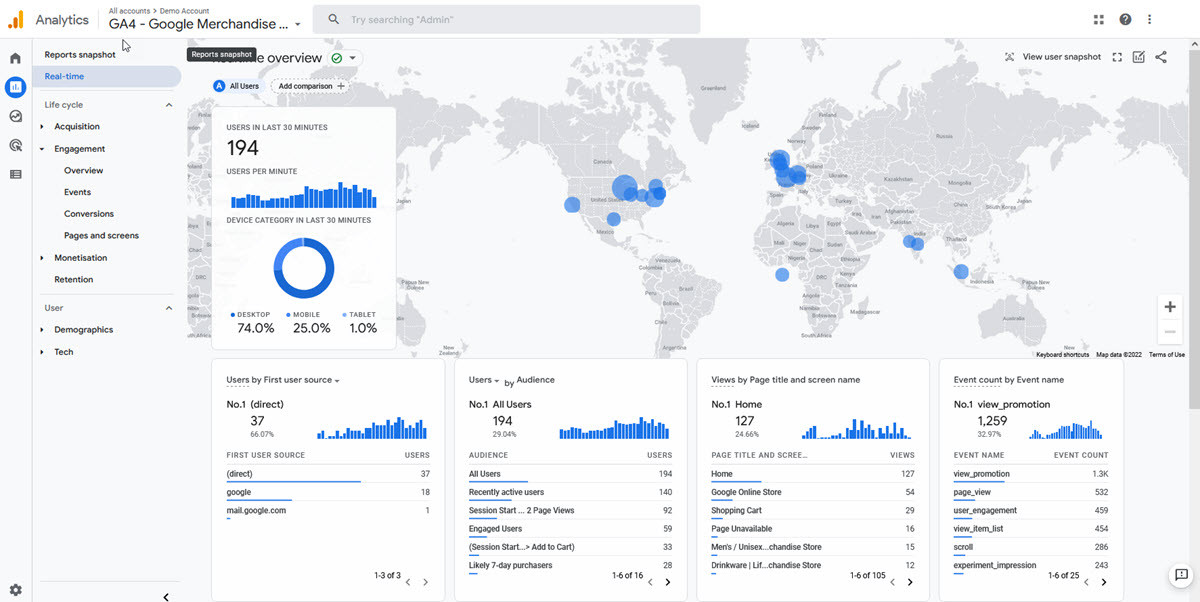 What’s it all about ?

If you have a website, you ideally need to have some form of analytics tool to monitor how it is performing. The most common solution for this is Google Analytics (GA). If you are just creating a brand new GA account and property, it will default to the new Google Analytics 4 system but if you already have Universal Analytics set up and running then read on.

The current, third version of Google Analytics is GA3 or more commonly known as “Universal Analytics” (UA). It was developed some years ago and was based around the desktop web, independent sessions and data from cookies. This measurement methodology is now becoming obsolete.

Google has been developing a new version named Google Analytics 4 (or GA4) which works quite differently to previous versions. GA4 operates across platforms, does not rely exclusively on cookies and uses an event-based data model to deliver user-centric measurement.

GA4 isn’t so much an update, but an entirely new way of doing analytics. It is set up to scale for the future, work in a cookie-less world, and pays more attention to  privacy. For example, it will no longer store any IP addresses and it relies only on first-party cookies.

As more and more people reject cookies these days, a lot of site visitor data is being missed in UA so things have to change in response to this. GA4 is designed to fill in the gaps using machine learning and other protocols to create reports, this is called “blended data”. It also resolves the issue of analytics SPAM showing up in your data and distorting your results by use of “secret keys”.

The old familiar Universal Analytics uses measurements based on sessions and pageviews whereas GA4 uses a measurement model based on events and parameters. Every activity taken by a user will be counted as an “event” in GA4. Because of this, you won’t see the same reports you had in UA and there will also be fewer reports too.

Because it is so different, there is generally no direct comparison between UA and GA4 data and values will differ anyway because they are calculated differently. Many of the reports and metrics you’re familiar with in UA have either been removed or replaced. Replicating some of the tasks you performed in Universal Analytics may not be possible. For example, GA4 doesn’t measure bounce rate at all and average pages per session is no longer measured.

It will take some considerable re-training to get to understand how the new system works. It is suggested that it is not worth spending time trying to compare UA and GA4 data as the data will not match. It would be much better to spend your time learning how to use GA4. Google Analytics 4 is a powerful tool but it’s not beginner-friendly. Even intermediate users are finding it difficult to learn and find their way around it. 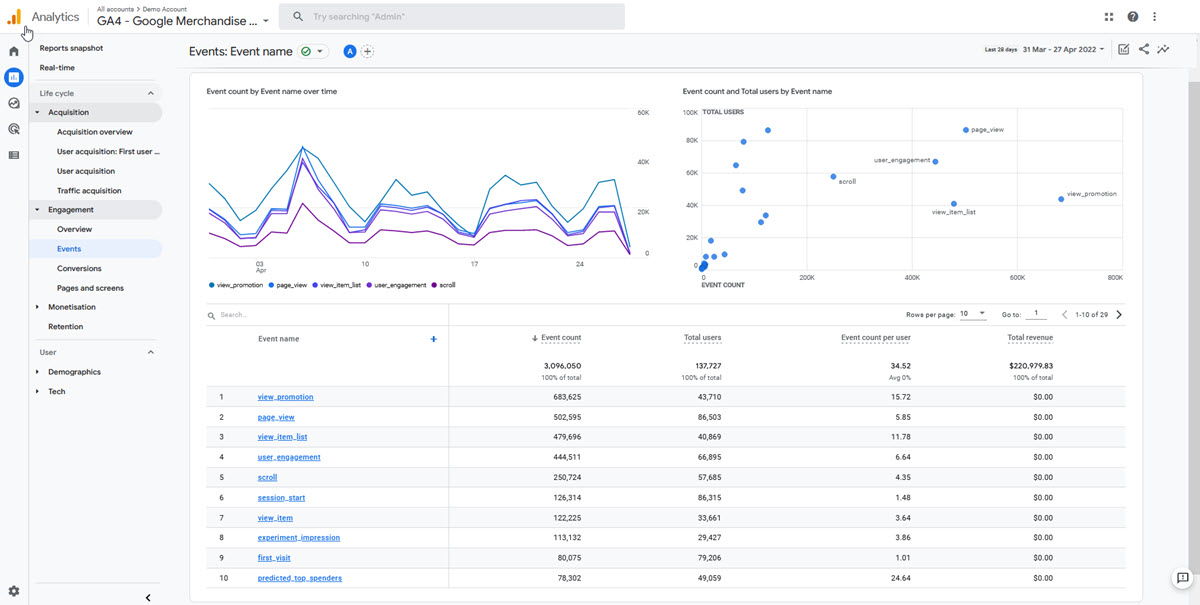 When is it happening ?

There is no way to transfer data from UA to GA4.

Previously processed data in Universal Analytics will be stored for at least six months after the deprecation date after which time, Google will delete it.

With UA you could pretty much store data as far back as you wanted. For the standard GA4 “Reports”, this will apparently still be the case but for any custom reports under the “Explore” section, the data will only be stored for a much shorter period of time, you only have the option to select either 2 or 14 months. After this time, aggregated (summary) data will be retained to allow some comparisons but detailed (disaggregated) data will no longer be accessible.

So what should I do ?

The first question to ask is “should I quit Universal Analytics and move straight to GA4 ?” The short answer is NO. It is recommended by the industry as well as Google that you set up GA4 as soon as possible and use it alongside Universal Analytics.

GA4 is still being developed so it is likely to change and evolve further before the changeover date as well as after that. However, if you leave it until July 2023 before you migrate from UA to GA4, you will not have any past data in GA4 to refer back to.

So, get it set up as soon as possible and start learning GA4 over the remaining time so that you will be comfortable using Google Analytics 4 to make marketing decisions when it changes over in July 2023. Look at the new reports and metrics that GA4 offers and what useful data you can get from them and work out what data you actually need for your analysis.

TwitterFacebookLinkedIn
Need some help ? Give us a call call today on 02392 660794 for a friendly chat and to see how we can help you or email us.
Get In Touch
Copyright © Scalar Enterprises 2016 - 2022 - All Rights Reserved
Back To Top