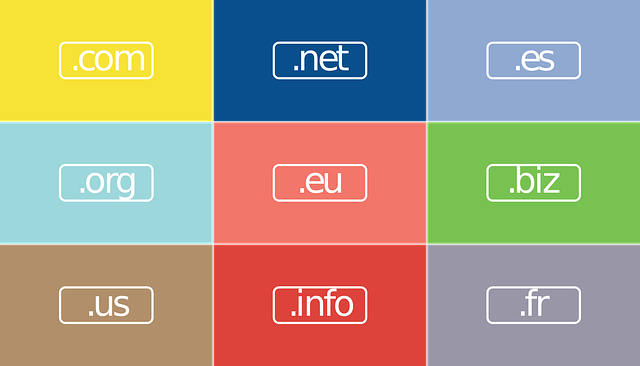 You might have read my article “Does your website use a .eu domain ?” on my blog back in April 2018. At the time it puzzled the Internet industry and thoughts were, “is this actually legal?”

The UK government’s Department for Digital, Culture, Media and Sport (DCMS) warned at the time that if you currently hold a .eu registration you should consider transferring your registration to another top level domain (e.g. .com, .co.uk, .net, .org etc.) and  that you might also want to seek advice from your domain name registrar on whether the terms of your contractual agreement provide for any recourse in the event of revocation of a .eu registration. They also suggested that those affected may also want to seek legal advice.

Any .eu domains involved in legal proceedings were suspended and it seemed that it went very quiet for a long time after that with no further clarification from the EC.

At that time, the EC stated that any person or organization would eventually lose their .eu domain post-Brexit if it was registered to a UK physical address. Brussels also stated that it applied to European citizens as well as Brits.

In January 2019, Brussels’ bureaucrats further announced that they were imposing a strict two-month cancellation period for any .eu domain registered to a UK address if there is a no-deal Brexit. Furthermore, they also refused to add an appeals process.

In the event of a deal, things are marginally better. In that case, British .eu registrants, or Europeans living in the UK, would have until the start of March 2021 to move their domain before they are taken away from them.

Recent press reports suggest that this potentially affects around three-quarters of a million people who are using .eu domains linked to a physical address in the UK.

On the 19th Jul 2019, the EC changed their minds and released a further notice stating that “at the time of the UK withdrawal, EU citizens residents in the UK may still keep their .eu domain name(s) thanks to the changes of the .eu eligibility criteria that as of 19 October 2019 will see the citizenship criteria added to the residency criteria“.

Not quite sure exactly what that means but press reports indicate that the previous rules announced in 2018 still apply to organizations that are established in the UK but not in the EU, as well as to non-EU citizens residing in the UK.

Still sounds a mess to me so probably still a good idea to change things if you are using a .eu domain. Remember to set up redirects to send traffic to your new URLs but note that once the .eu extension is removed these won’t work any more. The sooner you change it the better therefore in order to try and reduce the negative impact on your website.

Can we expect the EC to “flip-flop” their ideas again I wonder ? Another Brexit uncertainty!

We recently assisted Locks Heath photographer, Martin Harris to migrate his website to a new,…

Fighting back against the scammers

Cold calling tech-support scams have been around for quite a while now. Reports indicate that…

Clipper round the World race – follow Ian Geraghty on his travels

Just launched a new website for local businessman, Ian Geraghty, who is one of the…

Recent Posts
Archives
Categories
Need some help ? Give us a call call today on 02392 660794 for a friendly chat and to see how we can help you or email us.
Get In Touch
Copyright © Scalar Enterprises 2016 - 2020 - All Rights Reserved
Back To Top
×
We use cookies to ensure that we give you the best experience on our website. If you continue to use this site we will assume that you are happy with it.I agreePrivacy Policy